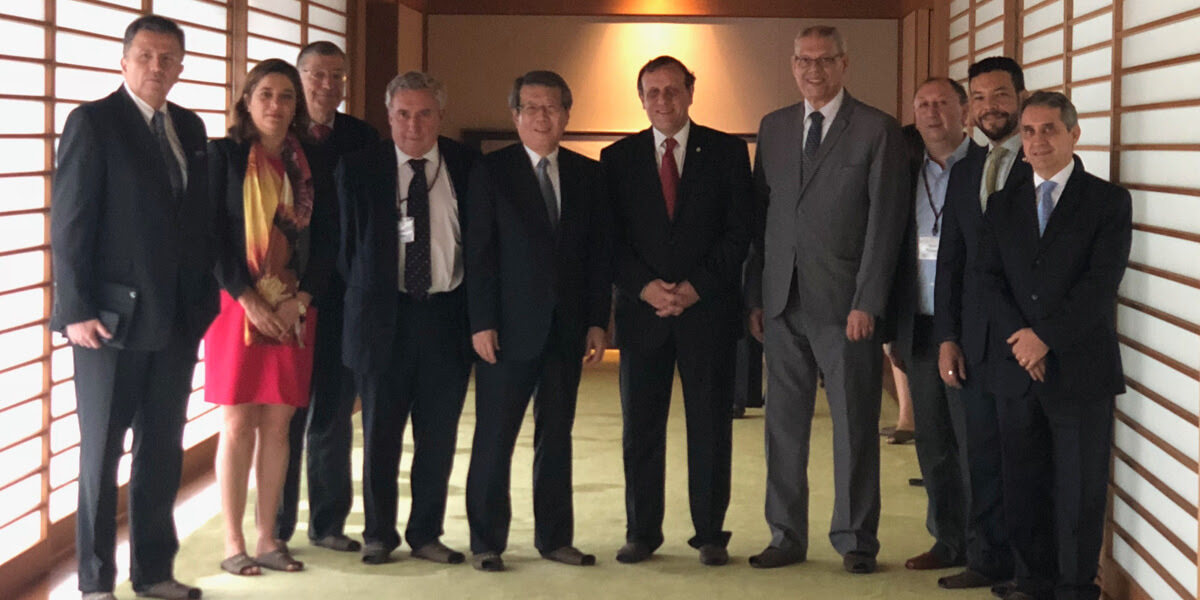 Astronomy, seismology, biomedicine and sustainability were some of the topics addressed at the third Chile-Japan Academic Forum, in the Japanese city of Nikko, organized by the Pontificia Universidad Católica de Chile, Universidad de Chile and the University of Tokyo. The Chilean universities Magallanes, O’Higgins, Concepción, Aysén and Adolfo Ibáñez also joined; along with the Japanese universities Tsukuba, Kyoto, Nagoya and Tohoku, Tokyo Medical Dental University and Tokyo University of the Arts; in addition to El Colegio de México and São Paulo University.

Forty of our professors participated in this forum, which is part of the UC internationalization project that seeks to promote high level research on issues of mutual interest for both countries, generate joint publications, foster academic internships and professor visits, and strengthen international cooperation.

As University President Ignacio Sánchez explained, “A fundamental part of UC’s strategy is to create links with the best universities in the world. This is why generating collaborative projects and links between professors and strategic partners from both countries works very well with this objective and translates into advancement and quality research. Especially with a continent of great development and dynamism such as Asia.”

The initiative was born in 2013, during the UTokyo Forum held in UC. Based on these positive experiences, the first Chile-Japan Forum was held in Tokyo in 2014; then, a second version in 2016 in Puerto Natales and Punta Arenas, together with Universidad de Magallanes, which gave way to this third version in Japan. The fourth forum is expected to be held in 2020 in Chile.