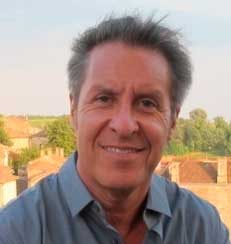 Prior to BAM, he was a Managing Director and Chief EM Macro Strategist for Merrill Lynch from 1999 to 2008. In this capacity, he was responsible for global Emerging Markets debt research and investment strategy, and macroeconomic research for Latin America and Emerging Europe. He was also a member of Merrill Lynch’s Operating Committee for Latin America and of the firm’s Global Debt Risk Council.

From 1997 to 1999, Mr. Vera ran global EM research for ABN-AMRO. From 1994 to 1997, he was in charge of economic and market strategy research for Latin America at Bear Stearns. Previously, he was a Financial Officer at the International Finance Corporation – the private sector arm of The World Bank in Washington, D.C. – and was a senior sovereign analyst at Moody’s in New York.

Mr. Vera sits on the board of NESsT (Nonprofit Enterprise and Self-Sustainability Team) and of the North American-Chilean Chamber of Commerce (NACCC). He is also a co-owner in Nolita Wine Merchants, a global fine wine and spirits store in downtown Manhattan.

He received a BA in architecture from the University of Maryland and has a Master’s degree (and is ABD) in International Finance and Monetary Economics from New York University.