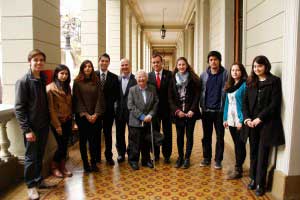 On the occasion of the celebration of the 125th anniversary of the Catholic University, Friends is seeking to obtain support for a new scholarship program.

For the most vulnerable university students, the State finances a percentage of tuition fees through scholarships that cover what is termed the “reference fee”, as determined by the State. The diﬀerence between this fee and the tuition fee actually charged by  the institution, which reflects its costs, is called the “gap”, and must be covered by each student or by the university admitting them.

The University’s goal is to cover the totality of this gap for the students from the first, second and third quintiles; i.e., those students whose families earn on average, less than US$ 1,000 per month, in order that outstanding students may gain admission to the University, regardless of their socioeconomic status.

One of Friends Directors, Cristobal Conde, has pledged a substantial amount to fund scholarships under a program to be named the Cristobal Conde 125th Anniversary Scholarship Program.  Friends is seeking additional funding for this scholarship program. 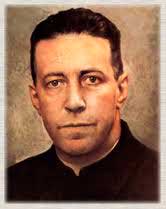 Friends of Catholic University in Chile Inc, has donated four full Padre Hurtado scholarships. This scholarship gives full tuition for the entire duration of the undergraduate studies to students who have had an excellent academic performance during High School, have an outstanding score on the Higher Education Selection Test (equivalent to SAT), and have economic difficulties to enroll in undergraduate studies. The Padre Hurtado Program allows prospective students to confront the decision-making regarding their future career and university, knowing that if accepted in the Catholic University, they can count upon a full tuition scholarship. Students who don’t reside in the Metropolitan Region also have secured access to a Housing Scholarship.

Read  the testimony of a student winner of a “Padre Hurtado Scholarship”: CartaOrlandoPalominos 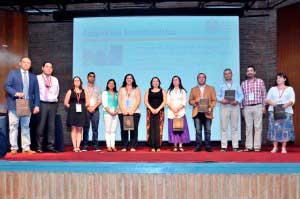 The Catholic University seeks to train teachers and educational leaders not only for excellence, but to reflect the change in education in Chile and to contribute to shaping a more just society with equal opportunities for all.

The mission of the Leading Education Program is to offer in-depth training for leaders in education to learn current techniques and to provide a platform for students and alumni to monitor their projects, share their experiences, and generate further best practices.

This platform is meant  to be the «cornerstone» of a school community at a national and international level to promote the development and innovation of best practices in management and leadership in educational techniques.

The main objectives of the platform are:

The support of Friends for this project now totals more than USD 158,500 which has enabled the development of a quality monitoring program, and scholarships for 5 students from Latin American countries to attend the Program.

The Abdul Latif Jameel Poverty Action Lab (J-PAL) is a global network of academics united by their use of randomized control trials to answer key questions related to poverty alleviation. The mission of J-Pal is to ensure that public policies for poverty alleviation are based on rigorous evidence of effectiveness.

In Latin America and the Caribbean, J-PAL has been working since 2009 through its regional office based at the Catholic University in Chile. This office (J-PAL LAC) supervises and implements a number of impact evaluation projects throughout the region while organizing periodical training courses and making sure that research results are being synthesized and communicated to key public policy figures throughout the region.

The following is a description of J-PAL LAC’s research projects by area:

The funds received by and administered by Friends UC for J-Pal LAC  are used  to defray administrative costs and to manage the cash flow needs of numerous projects.
This support has been critical to the growth of J-PAL LAC in the region. It has allowed J-PAL LAC to start major research projects, and to serve as an incubator for the research projects described above, leveraging important resources from other sources. 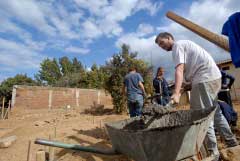 On February 27th, 2010 a large part of the Chilean territory was shaken by an earthquake that reached 8.8 degrees on the Richter scale. The earthquake and the consequent tsunami devastated a large part of the coastline of the country’s central and southern regions. Judging by the magnitude and destructive force of the earthquake, it was the second strongest earthquake in the country’s history and one of the six strongest earthquakes registered by humanity. Thus, it produced a large number of deaths and destroyed or damaged a substantial part of the urban identity and architectural patrimony of the affected areas.

The most affected zones were the regions of Valparaíso, Metropolitan, O’Higgins, Maule, Biobío and La Araucanía affecting more than 13 million inhabitants, that is, almost 80% of the country’s population.

The University selected the village of Curepto as a focus of the School of Architecture’s  efforts to demonstrate how modern construction techniques could be adapted to protect and restore the architectural patrimony of the area.  Through the allocation of a significant amount of seed money, Friends helped to finance, and to attract financing from other sources, to assist the School of Architecture in reconstructing and preserving historically significant buildings in Curepto.

The total contribution of Friends was over one hundred thousand dollars.