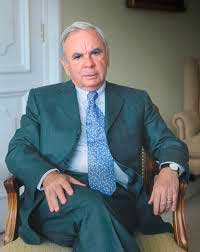 Alfonso Swett is a Chilean businessman, president and founder of Costanera SACI, a holding company involved in the industrial, retail, real-state and agriculture sectors.
He is the controlling shareholder and President of the Retail company, Forus S.A, that manufactures and commercializes a portfolio of 28 brands of footwear, apparel and accessories, that has a presence in 4 countries of Latin America.
He advised the National Manufacturers’ Association during the period 2005-2013. During his career he has served as a board member of Elecmetal, Cristalerías de Chile, Santa Rita Vineyard and the television channel Mega.

Mr. Swett is President of the real-estate company, Costanera. He has been involved in cultural and charitable activities, being a board member of the Municipal Theater of Santiago and of the Foundation of Rural Life Covarrubias Dolores Valdés of the Catholic University, responsible for contributing to poverty mitigation in rural locations, and Protectora de la Infancia, dedicated to promote a comprehensive development of the vulnerable children of Chile.