President of the University of Notre Dame since 2005, the Reverend John Jenkins visited the UC this week. He took part in discussions on different educational topics, including the  cademic exchange scheme in place between the two universities. Fr. Jenkins met with UC leaders to talk about education, particularly Catholic education. Both institutions have a lot to share on topics such as research and student and academic exchanges, among other projects. 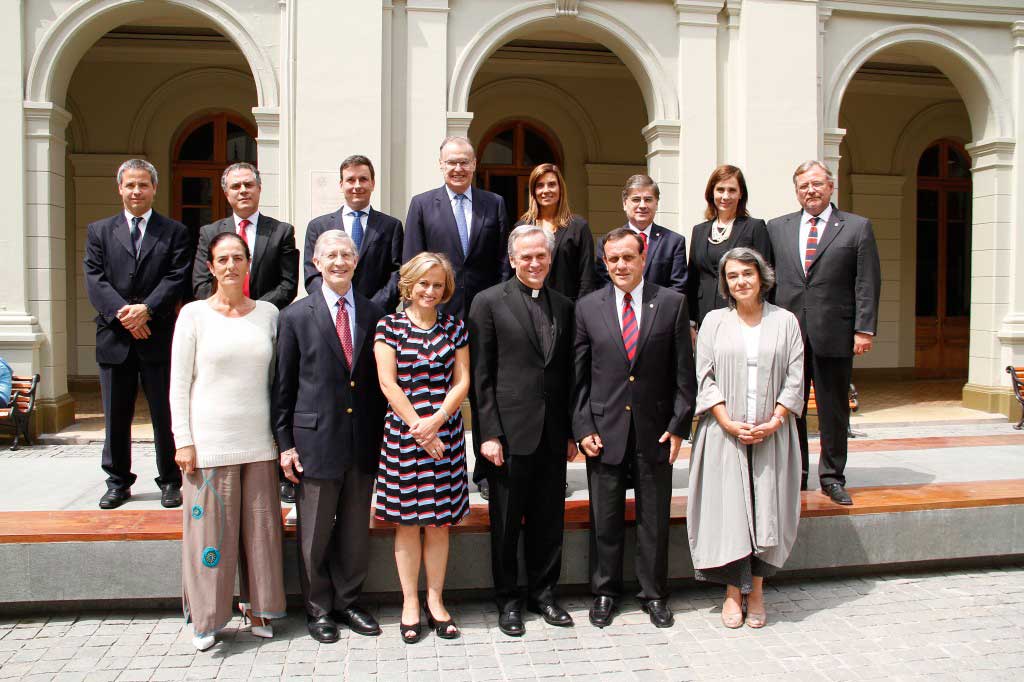 A delegation from the University of Notre Dame (USA), part of the Congregation of the Holy Cross, visited Chile to hold a series of discussions about education, particularly Catholic education. The following members of the delegation represented the University of Notre Dame: Reverend John Jenkins, President of the University; Thomas G. Burish, Provost; Nicholas Entrikin, Vicepresident and Associate Provost for Internationalization, Paul J. Browne, Vice President for Public Affairs and Communications; and Reverend Timothy Scully, Director of the Institute for Educational Initiatives.

The relation between the two universities goes back many years and has been sustained thanks to mutual visits to Chile and the United States. Nowadays, the universities continue to maintain a close link, especially in the research field as well as through their student and academic exchanges. Sharing an ambition to bring education to its highest standards while maintaining a clear Catholic mission, the two institutions have developed numerous projects together, which were reviewed and discussed on the occasion of this visit.

Both universities share a long tradition of collaboration. In the past twenty years, the UC we have received more than 800 Notre Dame students. For the past three years, a donation by the Luksic family has allowed students, professors and staff at UC to go to the University of Notre Dame. This is particularly relevant considering that the University of Notre Dame is one of the two most important Catholic universities in the United Stated. The mission and guiding principles are alike and together have work important paths in the fields of Engineering, Astronomy, Chemistry, and Law, among others, at the levels of both research and joint degree.

During the meetings held, the leaders of both universities discussed the opening of new collaborations as well as the importance to strengthen existing ones. Following its visit to Chile, the delegation travelled to Buenos Aires, Argentina and Sao Paulo, Brazil.