The President of Friends UC was honored as Philantropist of the Year at the Annual Dinner of the Chilean North American Chamber of Commerce on October 26 in New York City. “What has motivated me most is to work with the Rector, his team and the extraordinary Board of Directors that Friends has, and to see the achievements that we have made despite the difficulties we have faced.’ 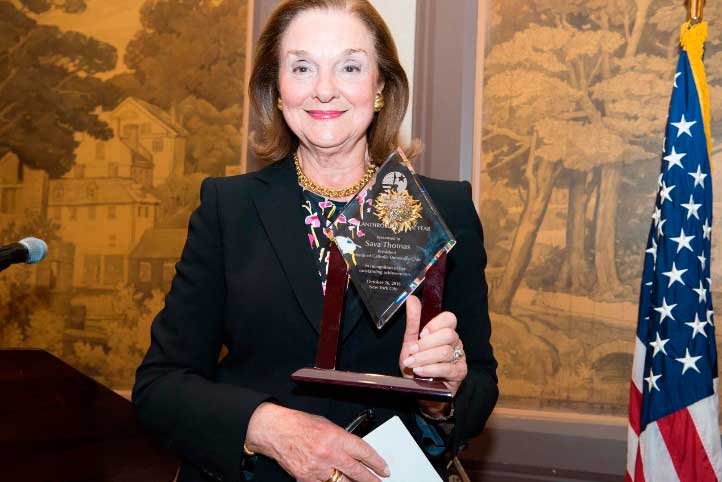 The principal speaker at the dinner held at the Harvard Club of New York was the Minister of Economy, Luis Felipe Céspedes.  Those present included the Ambassador of Chile to the United States, Juan Gabriel Valdés, and the Rector of the UC, Ignacio Sánchez.  On this occasion, the Chamber of Commerce recognized the contribution of three honorees to the strengthening of relations between the two countries: Daniel Castro, in representation of the group that won the Oscar of the short film, “The Bear Story”, as Film Maker of the Year;  Sava Thomas, President of Friends as Philanthropist of the Year; and Karen Ergas, Manager of International Business of BancoEstado, as Executive of the Year.

In accepting the award, Sava Thomas described the work that has been done by Friends over more than 20 years to connect the UC abroad, through fund raising and identifying new opportunities for the University.  She indicated that she was pleased that the Chamber of Commerce had decided to honor people from the arts and philantropy as well as from the world of business. “For me, this is a wonderful invitation that permits me to celebrate the University on this special occasion, as I do every time I have the opportunity.” 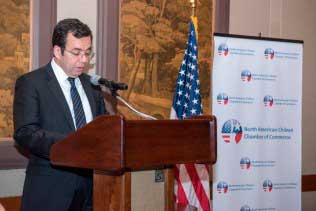 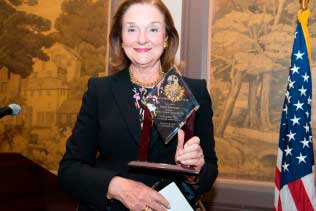