Professor Alejandro Aravena from the School of Architecture of Catholic University (UC) won the prestigious 2016 Pritzker Prize. The distinction comes to acknowledge Professor Aravena’s rising name in the profession as he was also appointed director of the 2016 Venice Architecture Biennale.

The President of the Jury of the prestigious Pritzker Prize, Peter Palumbo, praised the work of Alejandro Aravena, professor at the School of Architecture of UC. Palumbo explained that the work of the Chilean architect had proved a revelation and that he amply deserved to receive the world’s most prestigious prize in architecture.

The jury citation was particularly appreciative of the Chilean architect’s work as one that “gives economic opportunity to the less privileged, mitigates the effects of natural disasters, reduces energy consumption, and provides welcoming public space”. This distinction sheds light on a promising career as professor Aravena was also appointed director of the 15th Venice Architecture Biennale due to take place later this year.

The jury also explained how Professor Aravena “personifies the rebirth of an architect dedicated to society” and insisted on his “profound understanding of architecture and civil society, reflected in his writings, his activism and his designs”.  The citation underlines that, according to the jury, the role of an architect is to take on challenges related to social and humanitarian needs and that Alejandro Aravena had taken up these challenges in the most direct, wholesome and generous manner. 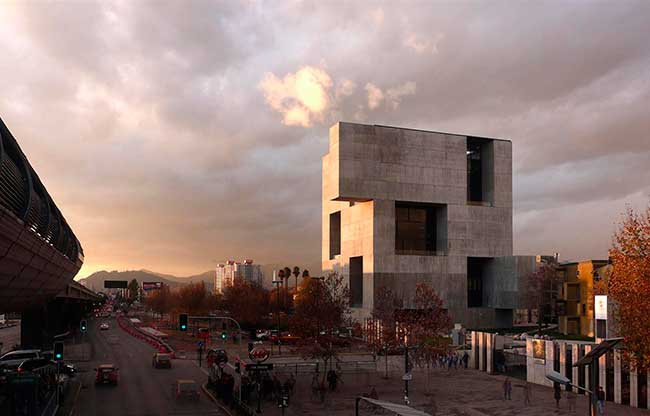 Click here to watch the video of the prize announcement.